The Irish Restaurant Company, operators of Galway Bay Irish Pub & Whiskey Bar in downtown Annapolis, Brian Boru Irish Pub in Severna Park, Killarney House Irish Restaurant & Pub in Davidsonville, and Pirates Cove Restaurant & Dock Bar in Galesville, were recently named as winners in The Capital’s 2019 Readers Choice Awards.  Readers Choice is a tradition that offers readers of The Capital the opportunity to give kudos, congratulations, and thanks to local businesses for the services, staff, and products that businesses offer the local community.

Galway Bay, located at 63 Maryland Avenue in the heart of the Annapolis Historic District, was named as the Best Irish Pub by The Capital’s readers. Brian Boru, at 489 Ritchie Highway in Severna Park, and Killarney House, located in Davidsonville at 584 Central Avenue, were named Finalists in the Best Irish Pub category.  All three authentic Irish pubs are owned and operated by Emerald Hospitality and Consulting and have been awarded numerous other recognitions throughout the years. The group recently added Pirates Cove Restaurant & Dock Bar in historic Galesville to their lineup of restaurants serving fine food and drink with warm and welcoming hospitality.

Owners Michael Galway and Anthony Clarke, along with their dedicated management team and hospitality team members, take pride in providing a truly Irish experience to Anne Arundel County locals and visitors.    Each pub’s unique décor, Irish artifacts, antiques, and comfortable surroundings offer diners the opportunity to enjoy friends, great food, and premium beverages, along with award-winning Irish hospitality. They strive to create a memorable experience that will bring customers back time and again.

Galway Bay Irish Restaurant, Pub & Whiskey Bar, located at 63 Maryland Avenue in historic downtown Annapolis, is thrilled to announce that it has been chosen as the 2019 Winner by Irish Hospitality Global for Best Irish Whiskey Experience in the United States. This unique annual award celebrates the very best of Irish hospitality both in Ireland and worldwide.  Galway Bay adds this prestigious global award to its lengthy list of awards and commendations, including 6th Best Irish Pub in the U.S, Best Bartender, Best Trivia Night, runner-up status for Best Irish Pub Global, and the #1 Place to Eat in Annapolis by DC Eater (https://dc.eater.com/maps/best-bars-restaurants-annapolis-road-trip). The Irish Hospitality Global Awards celebration was held October 8th in Dublin, Ireland (https://irishhospitalityglobalawards.com/the-winners).

In 2018, after several months of renovation work, Galway Bay introduced its Irish Whiskey Bar Experience, featuring over 80 Irish whiskeys from everyday favorites to rare and hard-to-find spirits, including Midleton Very Rare, Jameson 18 Yr, Bushmills 21 Yr Single Malt, and the very special Teeling 29 Yr Single Malt - Bottle #61 of only 100 made solely for the U.S. market.  Specially selected Irish whiskey flights have been created to offer customers a unique tasting experience not found anywhere else in the US. These flights are accompanied by details to assist you as you sample the whiskeys, from the nose to the taste to the finish.

Galway Bay Irish Restaurant, located at 63 Maryland Avenue in historic downtown Annapolis, was recently named one of the best 25 Irish pubs in America by Foursquare, according to the Business Insider.  Foursquare uses location intelligence to build meaningful consumer experiences and business solutions and ranked Galway Bay as the 6th Best Irish Pub in the U.S. based on data taken from its Foursquare City Guide.

Opened in 1998, Galway Bay is one of three authentic Irish pubs owned and operated by Emerald Hospitality and Consulting and has been awarded numerous other recognitions throughout the years. The group also includes Brian Boru in Severna Park and Killarney House in Davidsonville, and recently added Pirates Cove in historic Galesville to their lineup of restaurants serving fine food and drink with warm and welcoming hospitality.

Owners Michael Galway and Anthony Clarke, along with their dedicated management team and staff, take pride in providing truly Irish hospitality to Annapolis locals and visitors at Galway Bay.  The dining room’s rustic red brick and wood finishes create comfortable surroundings to enjoy friends, great food, and premium beverages. They strive to create a memorable experience that will bring customers back time and again.

Anthony Clarke commented, “This recognition is much appreciated and is indeed a testament to the sincere hospitality that our restaurant teams, particularly those at Galway Bay, strive to provide our customers with every day. Congratulations, Galway Bay Team – well deserved!”

Read the article on the Business Insider’s website HERE.


The Irish Restaurant Company was awarded the 2016 McCormick Cornerstone of the Industry Award, for the third consecutive year, at the Annual Restaurant Association of Maryland Awards Gala, for the efforts of their three restaurants, Galway Bay, Killarney House, and Brian Boru in support of the Anne Arundel County community.

McCormick Cornerstone of the Industry Award:  “Awarded to the companies that best illustrate how restaurants are the cornerstone of the economy and their community. These successful businesses support local communities by creating jobs and financially supporting non-profit groups, schools, scouts and youth sports teams." -Maryland Restaurant Association website

Their activities which were detailed in the nomination included: weekly Trivia Night donations to local charities, meals donated weekly to the Lighthouse Homeless Shelter of Annapolis, matching grants awarded to employees for their charitable fundraising efforts, employees’ participation and support of the St. Baldrick’s Foundation with teams from all 3 restaurants participating in the big shave event at Brian Boru, community donations to fundraisers and charitable events, and  fundraiser dinners, which are hosted at all three locations for local teams and organizations.

Annapolis, MD – May 25, 2016 – Galway Bay today announced that it has received a TripAdvisor® Certificate of Excellence. Now in its sixth year, the achievement celebrates hospitality businesses that have earned great traveler reviews on TripAdvisor over the past year. Certificate of Excellence recipients include accommodations, eateries and attractions located all over the world that have continually delivered a quality customer experience.

The Certificate of Excellence accounts for the quality, quantity and recency of reviews submitted by travelers on TripAdvisor over a 12-month period. To qualify, a business must maintain an overall TripAdvisor bubble rating of at least four out of five, have a minimum number of reviews and must have been listed on TripAdvisor for at least 12 months.

Galway Bay Irish Restaurant and Pub is located in the heart of Annapolis on Maryland Avenue; just steps away from the historic Maryland State House and the United States Naval Academy. Galway Bay specializes in classic Irish dishes, local seafood favorites, Irish and craft beers, and a generous selection of Irish whiskeys. 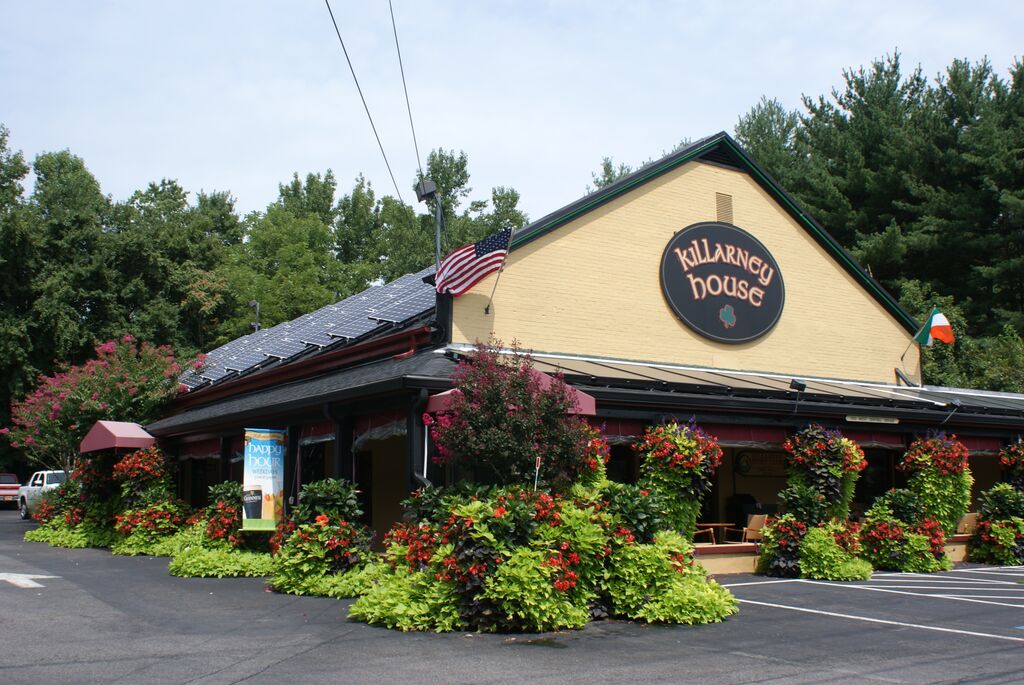 Killarney House Goes Solar! The Capital Gazette Reports on the IRC's Commitment to Being Environmentally Conscious

"At Davidsonville's Killarney House, the Irish have found yet another way to go green — installing a roof-full of solar photovoltaic and hot water panels.

The restaurant on West Central Avenue is part of the Irish Restaurant Co. group that includes Galway Bay in Annapolis and Brian Boru in Severna Park. All three locations, as part of the company's Live Green, Eat Irish initiative, have taken steps to recycle, cut power use, buy local products or reduce their carbon footprint.

The changes at Killarney House are "by far the biggest investment we have made to impart that core value," co-owner Anthony Clarke said."
Read the full report in The Capital Gazette here.
JUNE 2014 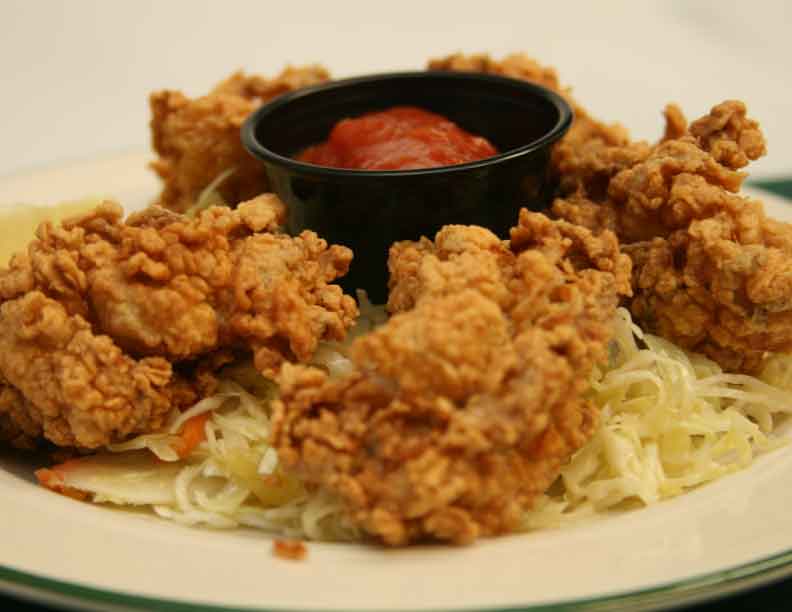 Galway Bay is featured on Diners, Drive-Ins, and Dives as a "Lasting Legacy"!

Galway Bay was featured as a home-town favorite on The Food Network's Diners, Drive-Ins, and Dives. This episode highlights our delicious traditional Irish fare such as Corned Beef-Stuffed Cabbage Wraps with a hot whole grain mustard sauce—a favorite in our pub. Guy also hangs with our own Anthony and Finton, talks to the regulars, and finds out why Galway has a reputation in the state's capital for taking care of people from near and far.  See the episode HERE.

On Thursday November 7, 2013 The Irish Restaurant Company was awarded the 2013 Maryland Green/Sustainable Tourism Award. During an afternoon awards ceremony, the Maryland Office of Tourism Development and the Maryland Tourism Development Board presented Anthony Clarke, IRC co-owner (with Michael Galway), with its Green/Sustainable Tourism Award for the eco-friendly practices the Irish Restaurant Company employs at Galway Bay, Killarney House and Brian Boru.

The Irish Restaurant company is the parent company of Galway Bay in Annapolis, the Killarney House in Davidsonville, and Brian Boru in Severna Park.

The Irish Restaurant company is the parent company of Galway Bay in Annapolis, the Killarney House in Davidsonville, and Brian Boru in Severna Park.