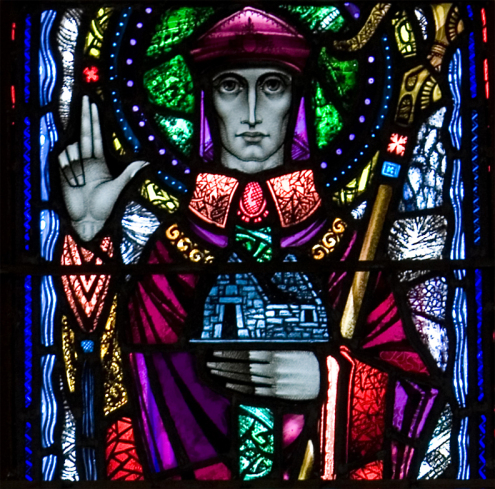 Join us for Irish History and Great Food!

History Dinners include a 3 Course Irish Dinner for $25, and will be presented by Professor Arthur Drea, noted historian and author, except as noted for Irish Naval History.

"The 'troubles' in the North, the Celtic Tiger years, and the Good Friday Agreement of 1998. Causes of the Troubles; sectarian differences, economic disparities, governmentally authorized discrimination. The combination of these and other problems between two peoples left many hopeless and destitute. For some the only solution was armed resistance. A lasting peace was only achieved through the fortunate combination of several important figures acting together, sometimes after angry disputes. See how Tony Blair, Bill Clinton through George Mitchell, Martin McGinness, Gerry Adams, and many others brought this seemingly impossible conflict to a successful conclusion.

Saint Patrick, Historical Figure or Myth, Or a Combination of Both?

Learn about the Irish movers and shakers of US Naval History with Jim Cheevers, U.S. Naval Academy Museum, Senior Curator. Who was Commodore John Barry, Hero of the American Revolution? What was his role in founding the United States Navy? John Barry along with many more Irish heroes were an integral part of the founding of our nation and the United States Navy. Learn more about their continued contribution through the Revolution, the Civil War and beyond.

Three important battles that determined Irish History for over 700 years; the Norman invasion of 1169, the Battle of Kinsale in 1601, and the Battle of the Boyne in 1690. Although Ireland has literally had over 100 battles fought on her soil, none were more important than these three for their long-term impact on the Irish. Some of that impact was good, as with the Norman invasion, and some decidedly bad resulting in centuries of English domination. See how each battle evolved and what the Irish objectives were before they were dashed. One story even involves a little bit of a soap-opera.

All History Dinners are from 3-5 pm and include a 3 course, full service dinner for $25.

Drinks may be purchased separately.