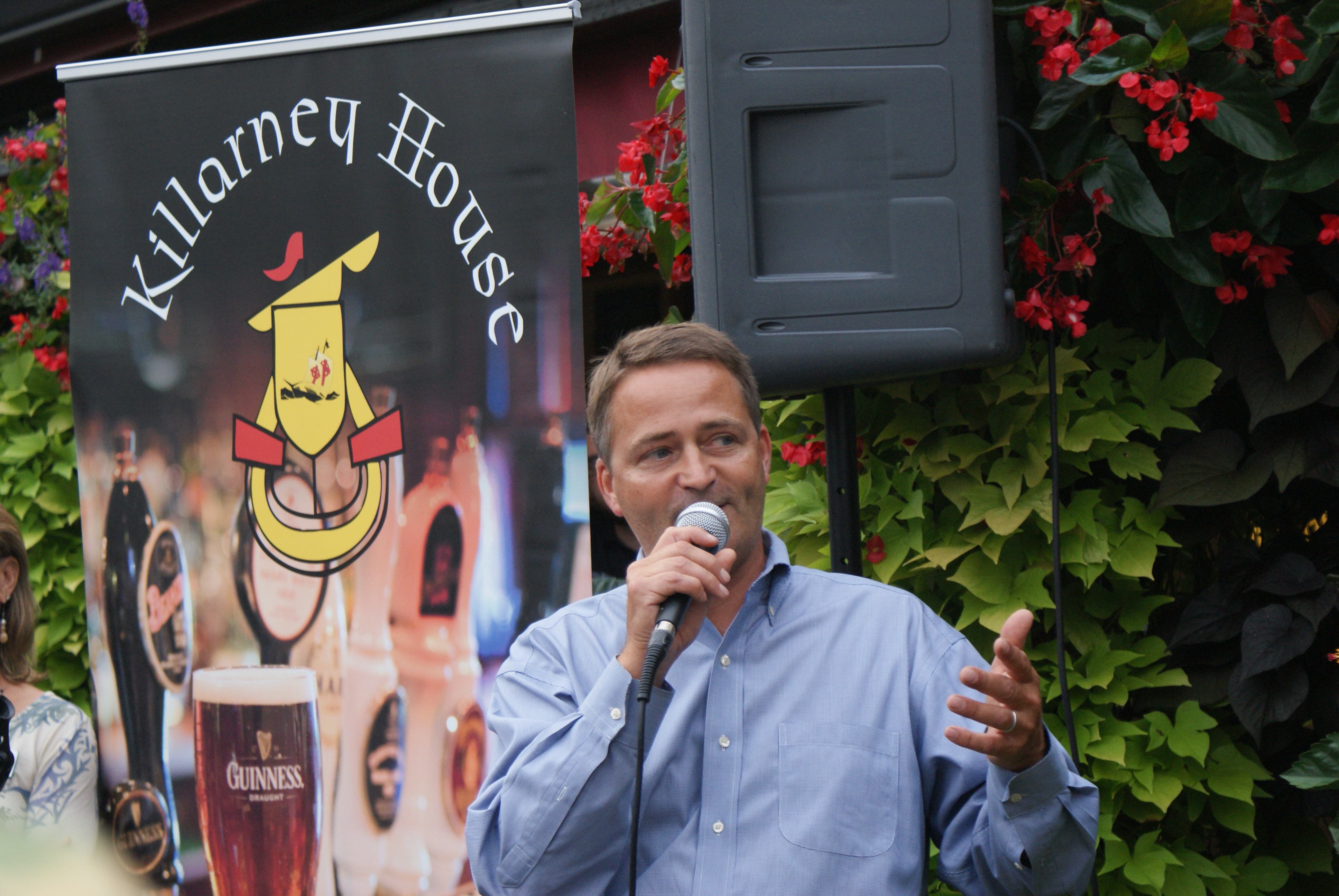 In September 2014 Killarney House hosted Green Drinks Annapolis, a local networking group for environmentally conscious business people, and took the opportunity to unveiled its all new, solar energy system.  The Irish Restaurant Company, which includes Killarney House, Galway Bay, and Brian Boru maintains as one of its Core Values,  “To be a good steward of my planet”. This has manifested itself in recycling programs, biodegradable to-go trays and straws, energy efficient lighting systems, water saving equipment, and a composting program. The largest commitment yet has been the installation of the solar energy system at Killarney House, with 93 electricity-generating photovoltaic panels, and 14 hot water-producing thermal panels on the roof of the restaurant. It also added a slab for the hot water tank and reinforced the roof to hold the panels.  The total investment was $260,000.

The Killarney House project's photovoltaic panels are connected to power inverters on the side of the building, which then are connected to a net meter. The goal is to produce enough solar energy so that the electricity meter runs more slowly and some day’s even in reverse, with produced power going into the local grid.